Originally the Galactic Museum used a Shipyard IV station. That space station was completed in record time: 78 days (started on Y13 D146 and completed on D223).

However, it became clear day by day that the space available was still not enough to host all technological samples collected. Just with the vehilces and the smaller fighters, the bays were soon filled. A new, unique space station was then planned. 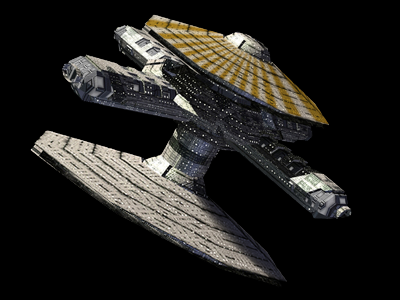 The new Galactic Museum under construction.

Its construction was completed on Year 14 Day 15. After moving all entities, reorganising the staff, and devising new advanced security measures for the new exhibition, the Galactic Museum was inaugurated on Year 14 Day 100 in Tyrius system. On the opening day, the collection included 94 ships, 71 vehicles, and 46 droids. 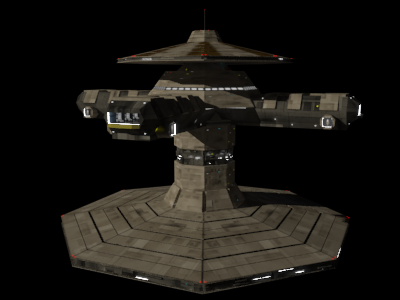 The Galactic Museum as it can be seen today.

The old Galactic Museum was moved in orbit of the gas giant Toosma (17, 10) on Year 14 Day 58 and it continued to produce the Home One Cruiser NRS Inta'si'rina (Grand Protector in Rodian) that was to be assigned to the defense of the Tyrius system, and is now displayed inside the Museum.

One of the requirements for the logo was that it had to be simple and immediately recognisable. On that note, the symbol of the wheel - the first technological tool that is still in use today - was chosen.

Initially, a list of possible systems was made based on several variables: starport network accessibility, proximity to high-traffic space routes, special reasons why the GM should be placed there (for example, historical reasons or productions centres for droids and vehicles). After investigations and analyses, Tyrius system was selected among several other systems because it fulfilled all the requirements.