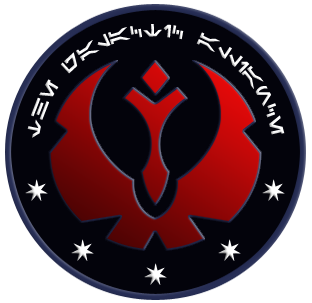 The Galactic Alliance declares its absolute opposition to the Galactic Empire. Born out of subterfuge and violence against the Galactic Republic, the Empire is regarded as neither legitimate nor permanent. The Imperial movement is an outlaw in the galactic community and the Alliance is determined to bring our Imperial and Sith enemies to justice or justice to them. All reasonable and just means will be used with all due haste.

The Galactic Alliance affirms the unique worth of each sentient being and sovereign government and offers support to attain self-determination and independent success. The members cultivate an environment that integrates common values and the guidance of the Force to enhance and support development and to prepare for effective engagements in both peace and war. The values found in the Treaty Preamble serve as a lens through which to view the galaxy, our way of being in relationship with each other and where the potential of each member is affirmed.

A reverence and respect for the ideals of the Galactic Republic. As members of the galactic community, we strive to support all sovereign peoples in their journeys toward strength and independence; to encourage them to express themselves through peace, trade, and friendship with others; and to work towards putting their abilities into action for the betterment of the galaxy around us.

A member centred philosophy. We are committed to advocating for member needs and concerns, and keep this at the core of our work as we create a just and peaceable galaxy for all to develop as they choose.

An appreciation for differences. We strive to provide opportunities that expose members to different viewpoints, attitudes and beliefs to open their minds. These are critical as we advocate for a community of respect and responsibility between galactic neighbors.

A belief in teamwork. We work together with all members for the common good.