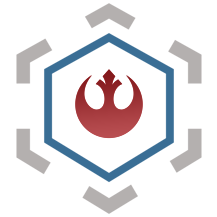 Responsible for the security of the Rebel Alliance (which includes its nationalised corporations and affiliated private companies) against enemies foreign and domestic. RAI performs various tasks for the Rebel Alliance and has agents in all sectors of Rebel Alliance space. It monitors all channels of communication to gain intelligence and ensure information important to the Rebel Alliance is kept secure. Intelligence is gathered and analyzed on all important individuals and areas of the galaxy; Enemy fleet and army movements are monitored; Reconnaissance is made of unknown planetary systems, and investigations of enemy construction and R&D is carried out regularly, as well as many other activities and operations.